A minor indigenous Marma girl killed after rape in Kaukhali

A minor indigenous Marma girl killed after rape in Kaukhali 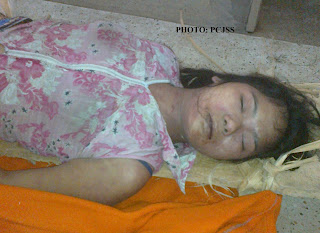 It is learnt that on that day at about 3:30 pm the girl went to bring back their cows to nearby bush.  As she was getting late, her mother and siblings began to search around for her and and finally one relative (brother-in-law of girl’s mother) found Thomaching’s naked dead body in bush which is very adjacent to a Bengali settler village namely Nailachari. Primarily, it is assumed that the girl was killed after rape when rapist/s found her alone in the bush.

In the morning time on 22 December, the dead body was taken to Rangamati General Hospital for autopsy. A murder case (no. 03/2012 dated 22-12-2012) was filed against unknown persons with Kaukhali police station under Section 9(iii) of the Prevention of Oppression Against Women and Children Act 2000 by victim’s uncle named Chaithowai Prue Marma. Besides, a General Diary (no. 621) was also filed with Kaukhali police station. But the police are yet to arrest any body.